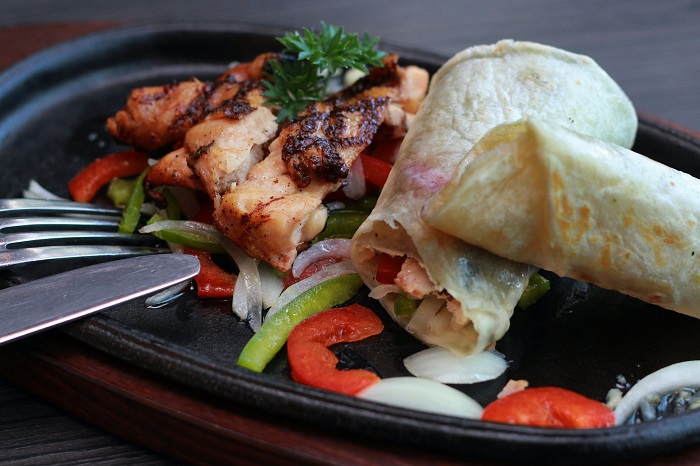 Cooking appliances have evolved continuously over time and are gradually replacing conventional cookware.

One of the most common cooking appliances used by homeowners is the cast iron skillet. These devices have numerous benefits that boost their popularity.

Besides offering longevity, they are relatively affordable and perform efficiently.

Moreover, cast iron skillets contribute to your kitchen décor. They incorporate artistic designs, which make them attractive and unique.

Besides, these kitchen devices make you look like a professional cook. Let us look at a more in-depth definition of cast iron skillets.

The Definition of a Cast Iron Skillet

Surprisingly, people have used cast irons as cookware for multiple centuries. Cast irons made weapons and construction materials in the past.

The material is also suitable for making cookware due to its bulkiness and permeability. Consequently, it heats up for a more extended period. But it gets hot very fast.

It can also store heat, thus giving it a competitive edge among other cookware.

Furthermore, people love it due to its affordability and effectiveness. Additionally, cast iron skillets are quite simple to clean and store.

They also offer a wide range of uses, and cooks can use them in different heating systems.

In this day and age, you can get these cooking appliances from various manufacturers. They incorporate different designs hence varying in shape and size.

Thus, individuals can select the one that suits their preferences and meets their needs. Regardless of the design, all of them function efficiently and offer a wide variety of uses.

As a matter of fact, most of them can prepare meals from eggs and bacon to chicken.

What Makes Cast Iron Stand Out?

Cast iron skillets can go for as low as $15. With this price, homeowners can get an excellent cast iron skillet that prepares more than half of their meals.

Nonetheless, cast iron skillets can cost $20 or more. It all depends on their size and shape. They perform the same functions with some of the most expensive cookware.

Often, it is true that cheap is expensive. But this does not apply to cast iron skillets.

Even though cast iron skillets are inexpensive, they are durable and can last for more than a decade.

All you need to do is maintain the skillet as per the manual. Unlike other cooking appliances, individuals can use metals to scrape off food from them. They do not get worn out from this.

The material in cast iron skillets is highly resistant to damage. Nonetheless, avoid cooking acidic food on these appliances.

The acid can erode the metal and leave some metal particles on your food.

As seen earlier, cast iron skillets offer a wide range of uses. They can bake, fry, broil, roast, sear, and perform other types of cooking.

One thing you have to note is that a seasoned skillet makes the food tastier. Thus, if you have a cast-iron skillet, consider seasoning it from time to time.

Due to their different functions, they can cook almost all the foods, be it be chicken or fried corn.

They Heat Up Longer But Retain Heat

The material in this cookware is able to keep a lot of heat. Therefore, they stay hot for a longer time compared to other cookware.

The feature is useful for preparing most meals. Moreover, it is the best cooking appliance to sear meat.

Heat gets distributed evenly throughout the skillet, thus facilitating even cooking of foods.

Compared to other kitchen equipment that requires unique cleaning processes, cast iron skillets only need water and soap to clean. It, thus, saves on time and offers convenience.

Make sure that you use clean water to rinse the cast iron skillet. After washing the cookware, do not let it sit to dry.

Season Once In A While

Seasoning cast iron skillets enable them to function much better. Whenever your meals get stuck on this pan often, you might consider seasoning this cooking device.

Additionally, if you notice dullness, seasoning is the solution.

First, you have to heat your oven to 370 degrees or more. Use foil to cover the lower part of the oven where you will place the cast iron skillet.

As you wait for the oven to heat up, clean the cast iron with hot soapy water and completely dry it using a clean kitchen towel.

Afterward, cover the pan with a thin layer of oil both on its exterior and interior surfaces. When your oven is ready, place the pan on the oven in an upside-down position and let it stay in the oven for 60 minutes.

After one hour, switch off the oven but do not remove the skillet immediately. You can allow it to remain inside the oven for an average of 12 hours.

Thus, it would be best for individuals to conduct this procedure at night when the oven is not in use. After this, your iron skillet will be ready for use and will function much better

The bottom line is that cast iron skillets offer a wide range of benefits that 90% of other cookware cannot.

Their material allows them to perform a wide range of uses and cook different foods. Besides, these pans stand out among most people due to their affordability.

If you want good cookware, the cast iron skillet is among the best options you can get within a limited budget.