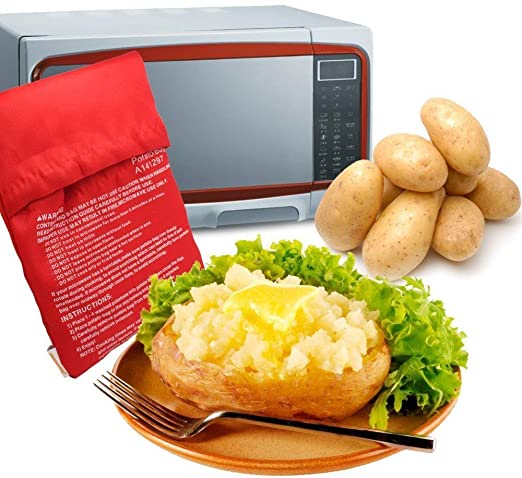 Based on the US Bureau of Labor report, over 90 per cent of households have microwaves as the main and most used kitchen appliance.

Today, microwaves have a variety of uses ranging from reheating cooked food to steaming vegetables. Fortunately, practitioners have declared the appliance perfectly safe for human use.

When cooking, microwave ovens can cause undercooking of some sections. Thus, microbes can grow in these areas.

As a result, it is vital to undertake all safety precautions when cooking using a microwave to avoid food poisoning.

Cooking with a Microwave Oven

Microwaves contain an electron tube called a magnetron that generates electromagnetic waves. Water molecules in the food draw in the waves mirrored by the inner metal in the microwave.

Afterwards, the waves cause food to vibrate, hence generate heat used for cooking the food. Thus, you tend to notice that food with high water content such as greens cooks faster than others.

Note that the electromagnetic energy converts to heat during the absorption process, thus it does not radio activate food.

Even though heat is directly transmitted to the food, microwave ovens cook food from the outside.

For instance, when preparing heavy meals, exterior layers of the food are first heated up and cooked by the microwaves. So, the heat from the outer food layers passes to the inner food layers.

Microwaves cook food quickly and focus on heating the food, unlike other cooking appliances. It is also important to note that a microwave oven does not make food less nutritious.

These appliances have higher chances of retaining the nutritional value of foods because foods cook fast.

Containers manufactured by safe plastic, ceramic, paper, and glass, are the best for microwave cooking.

Electromagnetic waves pass through these materials. These containers usually become hot from food heating, but they do not get heated themselves.

Nonetheless, some plastic containers are not suitable for microwave oven use as they are susceptible to melting.

It is thus vital to confirm if the plastic container is ideal for microwave use.

On the other hand, aluminium foil and metal containers are not conducive for microwave oven use.

Metal and aluminum foil repel the electromagnetic waves. This causes uneven cooking of food and possible damage of the microwave oven.

Ultimately, ensure you check the recommended containers in the microwave guidelines.

How Does Microwaving Affect Nutrition?

Contrary to popular belief, microwave cooking is a healthy practice.

Why is this so?

Food cooked using a microwave gets ready faster and barely needs any water addition. According to a 2010 study, researchers identified microwave cooking as the best technique for retaining color and phytochemicals used to fight cancer in Brussel sprouts.

Conversely, another study conducted by Spanish researchers indicated that broccoli lost its antioxidant components due to microwaving.

But in this case, there was excess water in the broccoli, which needed boiling, thus destroying its flavonoids.

If you desire to steam vegetables using your microwave, here are a few tips you might consider.

First, wash the greens thoroughly, pat them dry and place them in a safe bowl.

Second, cover the bowl tightly and place it in the microwave approximately the same time you would use to steam them.

Additionally, there are other precautions you ought to undertake when microwave cooking:

Close the container with a cap or plastic wrap loosely to allow steam to escape. Consequently, the heat formulated assists in damaging microorganisms present in the food and achieve even cooking.

When cooking meat, do not put large pieces on high power. Instead, they should cook under medium heat even if it means leaving them for more extended periods.

It enables heat to get to the inner areas without overcooking the exterior layer of the meat.

But it is essential to note that the time taken for food to get ready differs depending on the type of appliance and food.

Thus, it is advisable not to remove food immediately from the oven until a specific time has reached.

Occasionally, microwaves emanate radiation; however, consider reading the next few paragraphs before you panic.

Almost all electronic devices emit radiation. This includes your phone and laptop too.

All microwave manufacturers have to adhere to specific guidelines on radiation formulated by the Food and Drug Administration.

For instance, one of the prerequisites for microwaves is that they should contain a double interlock structure that hinders the emission of high levels of radiation.

Additionally, exposure levels drop as you stand further away from the microwave.

Also, note that microwave energy cannot stay on the food. Ultimately, the best thing to do is to observe all precautions when dealing with electronic devices.

Today, very few people know whether there is a difference between a microwave and a microwave oven.

Is there a difference between the two terminologies?

A microwave oven is a longer word for microwaves. So basically, there is no distinction between the two terminologies.

But not all microwaves have the capability to perform both functions of a microwave oven.

Depending on your microwave brand and type, if you only have a microwave, you can only cook and not bake.

On the other hand, if you can have an appliance that can perform both microwave functions and bake. In such a case, the microwave possesses an emitter and a heating element.

Nonetheless, In the United States, the term microwave oven could refer to microwave heating.

Some say that a microwave is only capable of warming and heating already cooked food. While on the contrary, microwave ovens can conduct both microwave and baking functions.

Even so, microwaves perform many other tasks like boiling, steaming, and simmering and can do this even with raw foods.

If you wish to use a microwave in the above functions, conduct proper research on recipes relatable to microwave cooking.

Foods that need steady and high intensity of heat are the ones excluded from microwaving and need baking.

For instance, you cannot bake pastry, turkey, or roast a chicken using a microwave. These devices keep high levels of steam, thus do not get too extreme levels of heat.

Thus, you cannot expect to bake using a microwave as it may not crisp up. Besides, microwaves do not maintain baking temperatures. Instead, they facilitate the consistent transfer of heat to the food.